Psychological contracts with buddies and brands 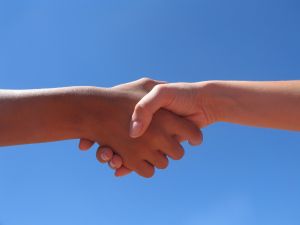 Walking down an aisle at my grocery store the other day, I happened to notice a particularly well stocked section of the fridge. This section was literally full to the brim with untouched products; all belonging to the same unfortunate brand.

Why was this section untouched? Well, the brand had recently been the subject of a massive public health recall – a crisis of trust and loyalty that was still apparently playing on the minds of its former customers.

According to the research, people are involved in making (and potentially breaking) psychological contracts every day; at home and in-store, with buddies and with brands.

Both of these are practical examples of expectations that can exist in a psychological contract with a brand and how misunderstandings can lead to feelings of violation.

So what can you take away from these findings on psychological contracts?

Whilst many businesses and brands like to talk the language of friendship, using words like trust and loyalty with their customers - how many actually consider the psychological contracts that they're forming and the subsequent expectations they must manage?

Just like the contract that exists between friends, contracts with brands contain psychological expectations that are unlikely to be written down or verbalized. Whilst something unwritten and unspoken can be unappealing to try and manage; turning a blind eye won’t make it go away. In fact the pile of untouched food in my grocery store was practical proof that a contract in the mind is just as powerful as a contract on paper.
Posted by Nick Black at 12/20/2008
Email ThisBlogThis!Share to TwitterShare to FacebookShare to Pinterest
Labels: Branding, Insight, Psychology, Research, Strategy, Thinking
Newer Post Older Post Home