Corporate Castles and the Customer Renaissance

A few months ago while waiting at the airport, I overheard two businessmen publicly discussing a PR disaster. From what I could ascertain, a woman had eaten at their restaurant chain and had contracted a case of food poisoning. Unfortunately for the restaurant chain this woman was a prominent radio host and blogger, and had begun to lampoon their restaurants in public.

“I’ll get in touch with the station holding company” said the first businessman, “our company buys a lot of advertising from them; if they don’t shut her up I’ll threaten to pull our spend.” To which the second businessman responded, “If that doesn’t work just unleash the lawyers. They’ll hit her with so many lawsuits she’ll be drowning in paperwork.”

It occurred to me while listening to this conversation that many companies operate like corporate castles; hiding behind corporate walls and choosing to attack their customers. Castles are large fortified structures that were built predominately during the Dark Ages. At the time they served a vital role in providing lords and nobility with protection, control over their territory, and the ability to maintain power over a population.

Today many companies also seem to operate within large fortified structures. These corporate castles have been designed to control markets and protect resources from public view. Their defensive walls are vast, from the firewalls on their company server to the legal barriers that surround their operations.

Corporate castles have gained quite a foothold in our culture. Despite the fact that castles are claustrophobic, expensive to maintain, inflexible, and limit one’s ability to take offensive action – many corporations seem addicted to their defensive walls. 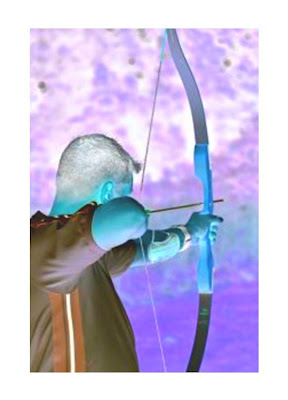 When corporate castles are faced with customer challenges and social media conversations, they act defensively instead of collaboratively. For example, instead of seeing a customer complaint as an opportunity to engage and improve, they see it as an attack.
Pulling up the drawbridge (shutting off dialogue), firing flaming arrows (launching legal attacks) – these may be great techniques when facing an army, but they’re awful techniques when you’re killing your customers.

According to the historian Dr. Michael Thomson, “castles freely expired of their own accord in the 15th century. Comfort is said to have been the main motive for abandoning castles.” Put simply, lords and nobles came to realize that living in a castle kind of sucked.

This is a historical lesson that modern leaders may wish to reflect upon. Instead of living in isolation from their customers, perhaps it’s time for corporations to abandon their castles in favor of comfort, and replace their legal defenses with social dialogue.
So what do you think? Are the corporate Dark Ages coming to an end? Is it time for companies to abandon their corporate castles? I’d love to hear your thoughts.
Posted by Nick Black at 6/19/2010
Email ThisBlogThis!Share to TwitterShare to FacebookShare to Pinterest
Labels: Insight, Thinking
Newer Post Older Post Home