A few months ago I spent a little time observing shoppers in Hong Kong’s IFC Mall. Whenever I’m working overseas, one of my favorite things to do is observe people in the process of shopping. While shopping centres tend to be homogeneous environments, containing largely homogenous stores, the actual behavior of shoppers can differ greatly by culture and continent. 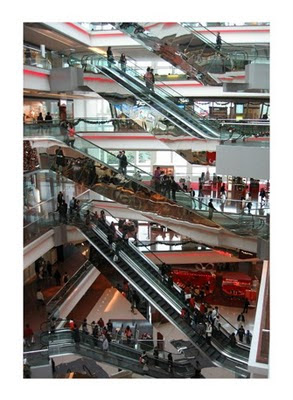 This time around I noticed a large number of mainland Chinese tourists (they didn’t seem to be Hongkonese) taking photographs in front of their favorite luxury fashion stores. Excitedly flanking logos as if they were standing next to the Mona Lisa; posing with advertising banners as if they’d just bumped into a celebrity.

There have been a number of morphological studies undertaken on the role of consumption in pre and post communist societies; most notably East Germany and the Soviet Union. A common theme in these studies is the importance of brand and product consumption as a source of ‘individual freedom’ in otherwise highly restricted cultures and social environments. You could say that brands become brand-aids - a way to mediate one’s psychological ills.

To quote from an East German morphological study conducted by Dr. Christoph Melchers in 1994, “consumption replaced experiencing real risks. By displaying conspicuous consumption it was possible to differentiate oneself from the uniform masses and provoke questions. Especially useful for this purpose were goods from the West which thereby acquire fetishist characteristics.”Consumption in Chinese Society
In China there has been no abrupt shift from communism to democracy. Instead a new form of Chinese capitalism has emerged in the society, with citizens being granted financial and consumption freedom within the boundaries of communist rule.

In morphological research, one of the six main drivers of human motivation is the desire to challenge rules and order; the need to pursue individual intentions and exercise personal freedom. The freedom to wear the clothes you want, the freedom to choose your religion, the freedom to speak your mind and take political risks – all could be seen as examples of this motivation. 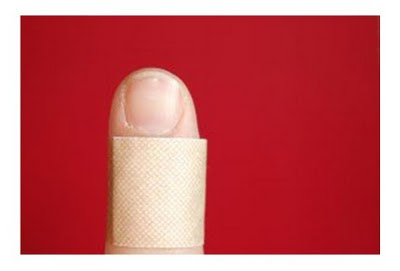 So here’s a hypothesis. Within China, one of the only ways an individual can address their need for freedom is by making and spending money. Hence any desire for social, political and religious freedom has been artificially focused on economic freedom. They are free to make and spend as much money as they like; consumption is their main source of freedom.
Human brand-aids in China
So how might this theory explain the Chinese obsession with luxury brands? Because purchasing luxury brands may represent something bigger for the Chinese consumer – it may represent an expression of individual intent. They are attempting to buy freedom. Wearing Chanel is like expressing an opinion. Dressing in Gucci is like praying to God. Luxury brands have become a form of freedom brand-aid.


Let me know if you have any thoughts on this topic. Do you agree, disagree, or somewhat agree with my observations and hypothesis?
Posted by Nick Black at 7/16/2010
Email ThisBlogThis!Share to TwitterShare to FacebookShare to Pinterest
Labels: Branding, Insight, Intensions, Intensions Consulting, Intensions Research, Market Psychology, Morphological Research, Thinking
Newer Post Older Post Home