Over the past few months I've been spending quite a bit of time in the United States – both for business and pleasure. In contrast to many European and Asian countries, one aspect of American culture that always surprises me is the degree to which they embrace ‘masculinity’ in their everyday lives.

From the way that meetings are conducted, to the car brands that people prefer, masculinity seems to play an important role in mainstream American culture.

For almost half a century, the famous social psychologist Prof. Geert Hofstede has been conducting research based on six dimensions of culture. One of those six dimensions is masculinity, a cultural dimension in which “social gender roles are clearly distinct: Men are supposed to be assertive, tough, and focused on material success; women are supposed to be more modest, tender, and concerned with the quality of life.”

Below is a table outlining the social norms frequently found in masculine cultures: 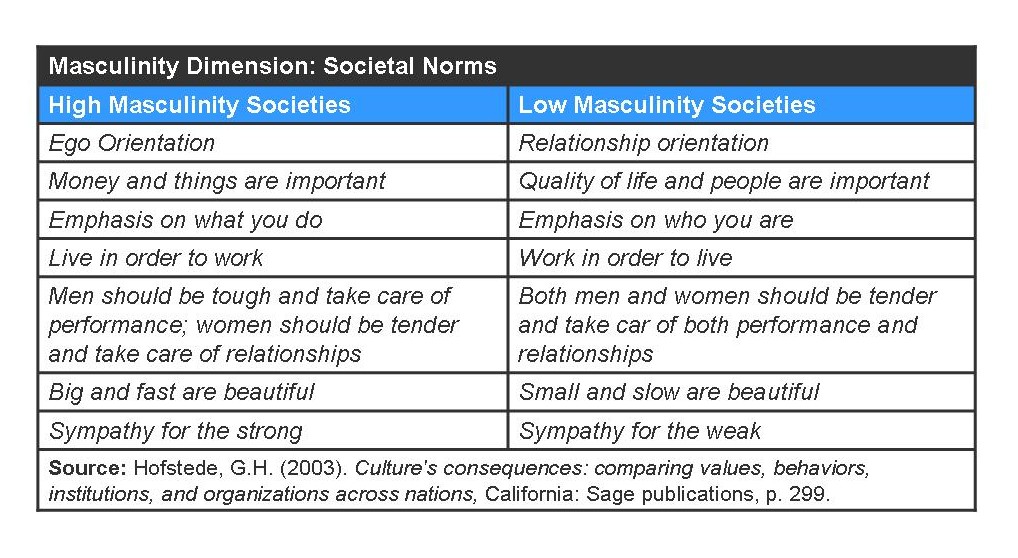 According to the research, America is considered a higher masculinity country, meaning that many of the masculinity attributes listed above also reflect mainstream American culture. To wrap up this post, I thought I’d provide a few practical examples of how masculinity can influence everyday American behavior.

Muscle cars are defined by Merrium Webster as, “American-made 2-door sports coupes with powerful engines.” These powerful cars are an icon of American masculinity, with research showing that “engine power of a car is more important in masculine cultures. In feminine cultures, people may not even know their car engines power.”

Madison Avenue is arguably the home of global advertising, located in New York City, the home of American corporate culture. According to research, “masculine cultures show more confidence in the advertising industry… [it’s believed that] the skepticism of feminine cultures toward advertising is based on their markets having been relatively swamped by advertising reflecting US masculine values.”