Back in November 2011, I had the opportunity to present on the topic of community trust at TEDxSFU. Community is an abstract concept, and as an audience member I found it interesting to observe the way in which different speakers attempted to define it. 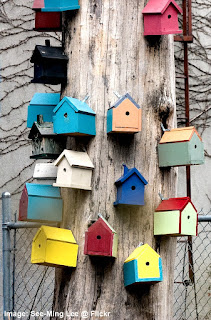 The Definition of Community


"Governments at all levels are now legislating consultation and need more accurate tools to validate their decision making... We've had some online consultation thus far, but it's met with varying degrees of success... because consultation has been largely anonymous and does not stand up to scrutiny." - Speaker 1 (Structure Oriented)


"Social media is revolutionary in velocity and scale. It's being used as a tool for revolutions and the effect it's going to have on Government is going to be massive... Like we've seen in Egypt, in London and in Occupy, geeks are resourceful and they'll find ways to get information out." - Speaker 2 (Individuality Oriented)


The Topic of Community Trust

For those of you that are interested, below is a video from my presentation at TEDxSFU. Like all research we conduct, it attempts to unify and explain contradictions in human motivation. In this case, it looks at the topic of community trust among leaders and public institutions.