At the MRIA 2009 National Conference, one of the speakers that caught my attention was Jesse Brown, a respected technology and social media journalist with the CBC. His presentation topic was 'Social Media: The rules of engagement,' where he shared a number of insights gained through his experience reporting on and engaging in social media.

His overarching theme was about maintaining social etiquette in social media:
1. Don’t front (be honest and transparent with your interactions)
2. Actively communicate (have a point of view, actively respond to comments)

At the end of his presentation, I had the opportunity to ask two questions:
1. Does he actively maintain and respond to the digital conversations he starts?
2. If yes, does he maintain boundaries between his digital and personal life?

His response was fascinating. He is indeed highly active in maintaining digital conversations, but this was no simple task. With a slightly exasperated tone of voice, Jesse ended by saying: “It’s pretty much the first thing I do each morning, and the last thing I do at night.” This got me thinking…digital society is great, but what’s the personal price of digital activity? 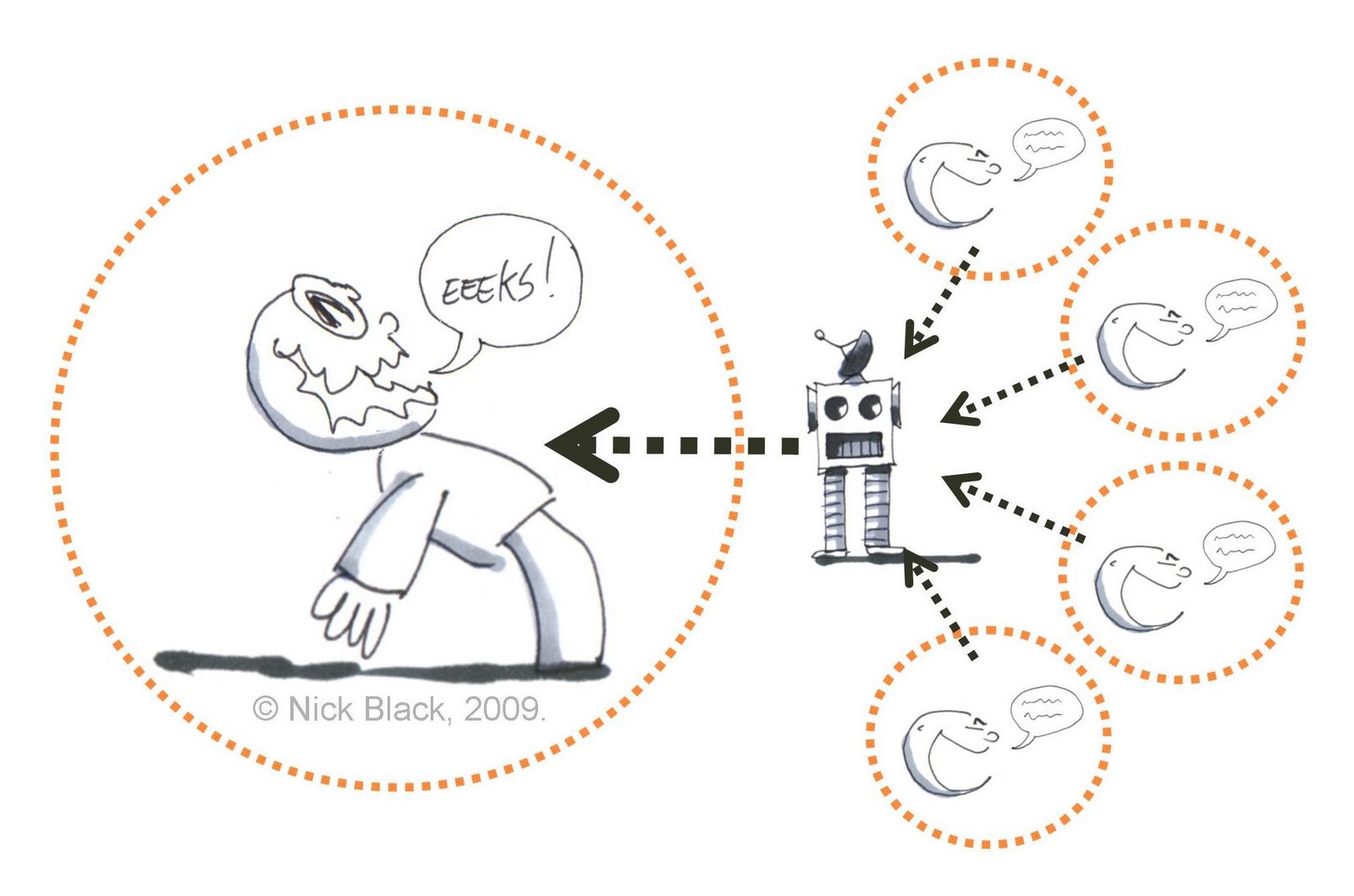 Differences between digital and physical society

I love digital society. I love the ability to share ideas and engage with people all over the world. But is it feasible to apply the rules of physical society and social interactions to the digital world? There are countless parallels between the two, but there are also some significant differences. Here are two little ones I’ve noticed:

Difference One: Digital society never sleeps. If you start a ‘digital conversation’, it is not subject to the restraints of ‘physical conversations’. Digital conversations don’t stop at the end of a meal, or when you turn off your computer - they don’t even stop when you’re asleep. They never stop. They are infinite and, as such, can require an infinite commitment of time. This is problematic, since there is nothing more finite in our lives than time.

For Example: If I was having an argument with you in real life, and I suddenly died, the argument would end. But if the same thing happened in digital life, the argument could theoretically continue forever, with thousands of people around the world commenting day and night.

Difference Two: Digital conversations can lack reciprocity. In most meetings, or gatherings of people, there is a social norm that only one person should talk at any one time. This gives each person a chance to express their views, but also allows the topic of conversation to build on itself, to reach a consensus. However in digital society, this norm often doesn’t exist. With no evolution in discussion, no inherent chain of logic, discussions can fail to lead to conclusions. At worst, you can become trapped in cyclical arguments and random comment threads.

Given these differences, what’s the personal price of being digitally active?

There’s rule of thumb often trumpeted by digital experts linking relevancy with frequency - that to maintain relevancy online, you need to be frequently active. A post a day keeps the readers at bay. This seem logical for those paid to maintain their social platform (like directors of digital agencies), or for those whose platform pays them (people earning money from their sites) – but what about the rest of us?

In my life (and I’m being quite frank here) I have seen a clear link between the amount of time I spend in digital society and the impact it has on my physical reality. Blogging every day, or being super-active on social networks is exciting…but it’s also very demanding. Maintaining all conversations, listening before responding, extending reciprocity to others - if you attempt to apply the ‘rules’ of physical society to digital society it can have a real impact on your life.

To quote a young student I recently interviewed on a similar topic:

"I know a girl that's always online and on Facebook. She never leaves her computer. She's always on Facebook opening groups, events, and when you talk to her, she'll instantly reply to you. She's always there...I'd say that she's more like her computer. She's not a real person. If you talk to her personally, she wouldn't be able to keep up with the conversation because she hasn't felt the outside world. She hasn't looked around other than her computer." - Male (2009)

On this note, I’d love to learn what impact being digitally active has had on the lives of others.

1. Does tweeting every morning and night constitute an addiction?
2. What sacrifices have you made in order to enter digital society?
3. Does Seth Godin sacrifice physical moments for digital moments?
4. Has David Armano ever experienced Twitter anxiety or digital withdrawal?
5. Have you ever lost sleep to LinkedIn, or skipped meals for Facebook?

I don’t have the answer to these questions, but I’m interested in hearing about the experience of others on this topic. What is the personal price of being digitally active?
Posted by Nick Black at 6/01/2009
Email ThisBlogThis!Share to TwitterShare to FacebookShare to Pinterest
Labels: Addiction, Advertising, Digital, Digital Drivers, Insight, Market Research, Marketing, MRIA, Qualitative Research, Strategy
Newer Post Older Post Home